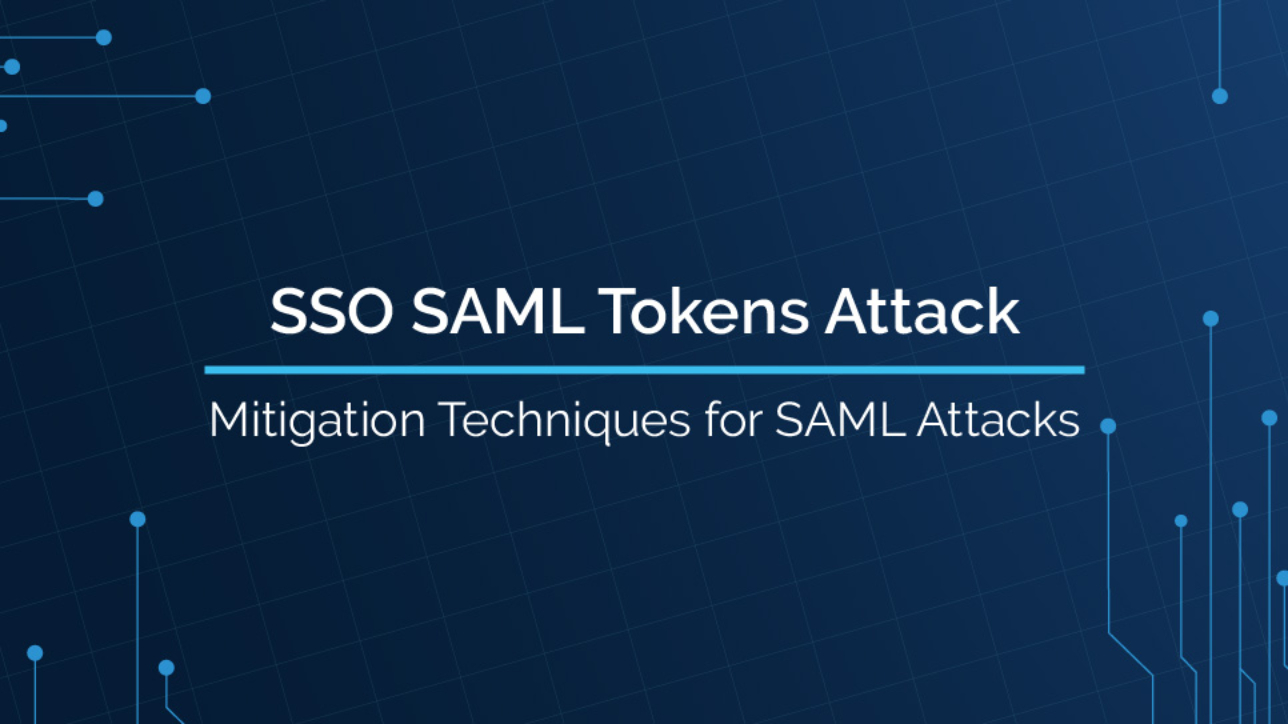 Security Assertion Markup Language (SAML) is a method for exchanging authentication and authorization between trusted parties. It’s essentially an XML schema that allows for federated Single Sign-On (SSO) to work.

Any illicit party can gain access to the system if the SSO gets compromised; hence, Single Sign-On represents a significant attack vector for the adversaries. In this blog, we will discuss major SAML attacks and how to detect or prevent them.

Before discussing SAML attacks we will first have a look at the legitimate SAML authentication process. The process usually involves three steps. 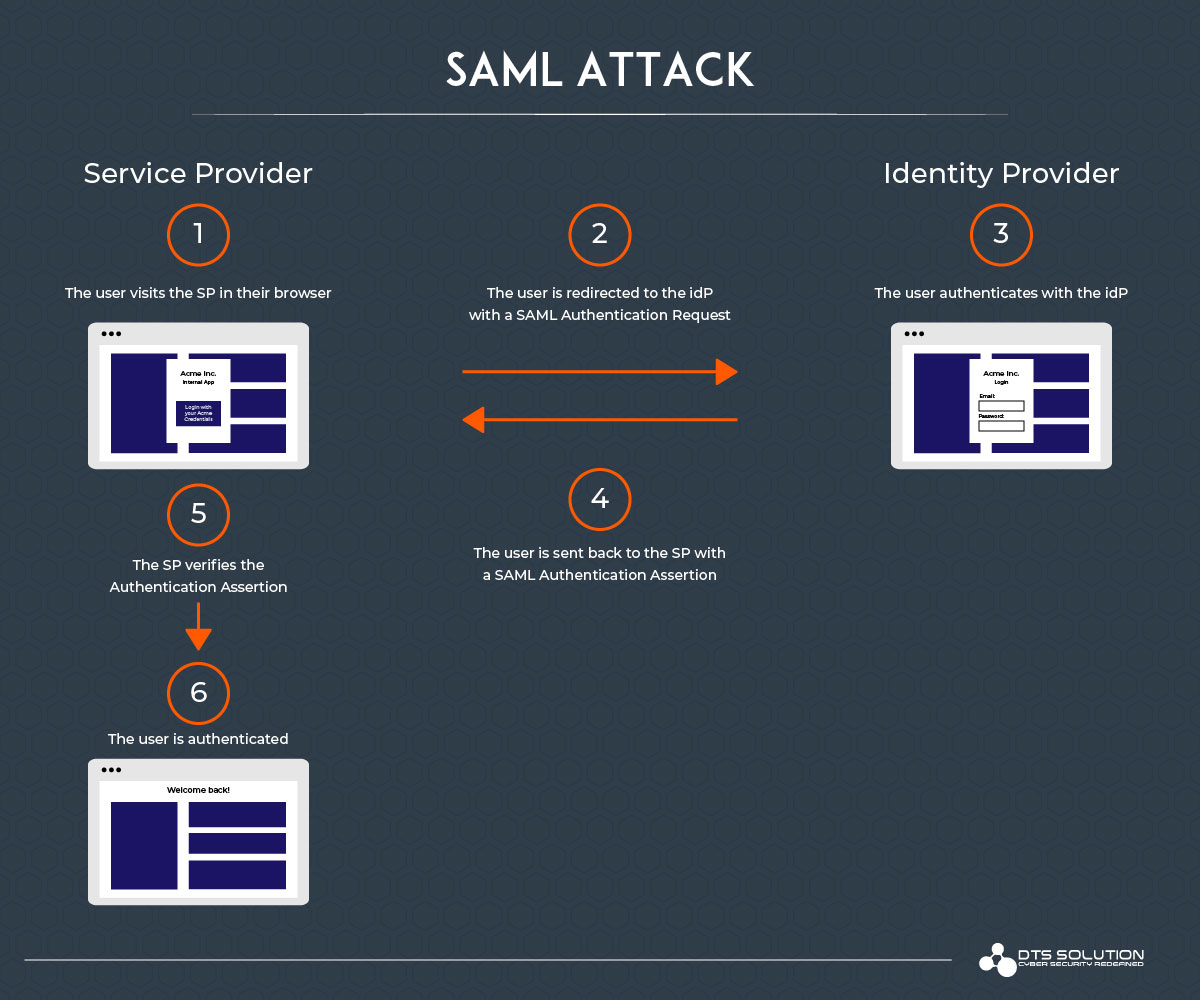 The Golden SAML attack technique enables attackers to forge SAML responses and bypass ADFS authentication to access federated services. Golden SAML was one of the major techniques used by the threat actor as part of the SolarWinds attack by compromising the SAML signing certificate using their Active Directory privileges. An attacker must first gain administrative access to the ADFS server and extract the necessary certificate and private key to successfully leverage Golden SAML.

Through additional lateral movement and privilege escalation, the attacker will proceed according to the following steps. 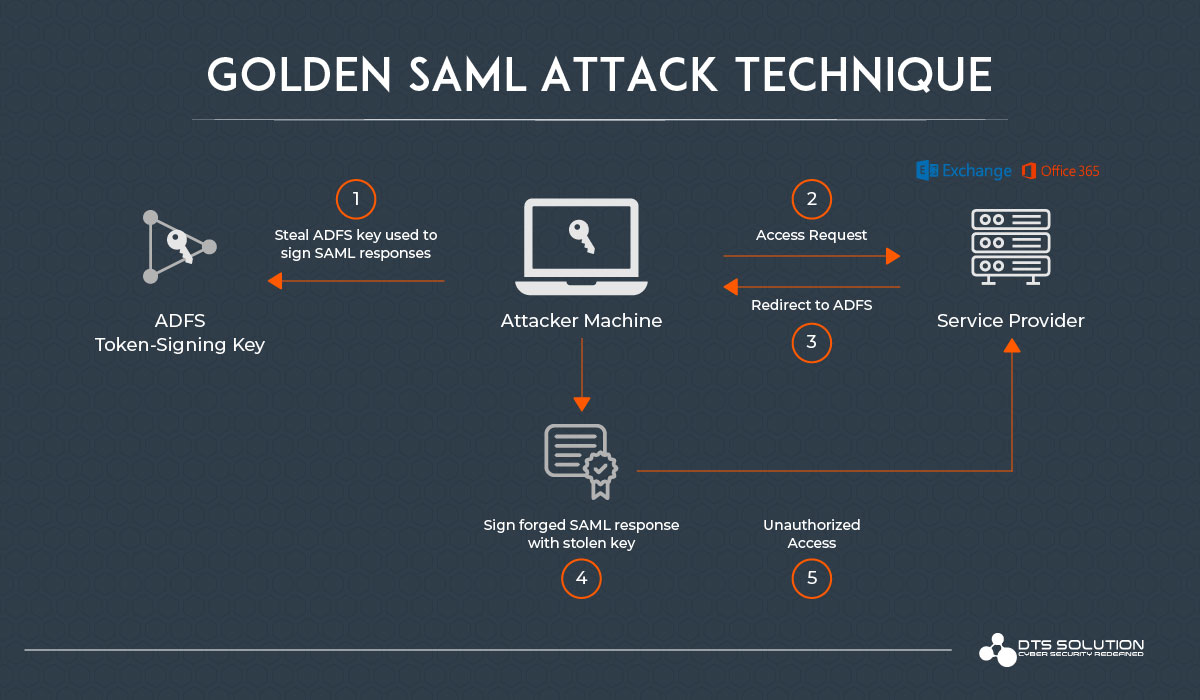 A Golden SAML attack requires the private key and certificate of the ADFS. Access to these can be obtained by exporting the certificate from the ADFS server. Check for the Event ID 1007 (enabled by default) in the Windows Event log.