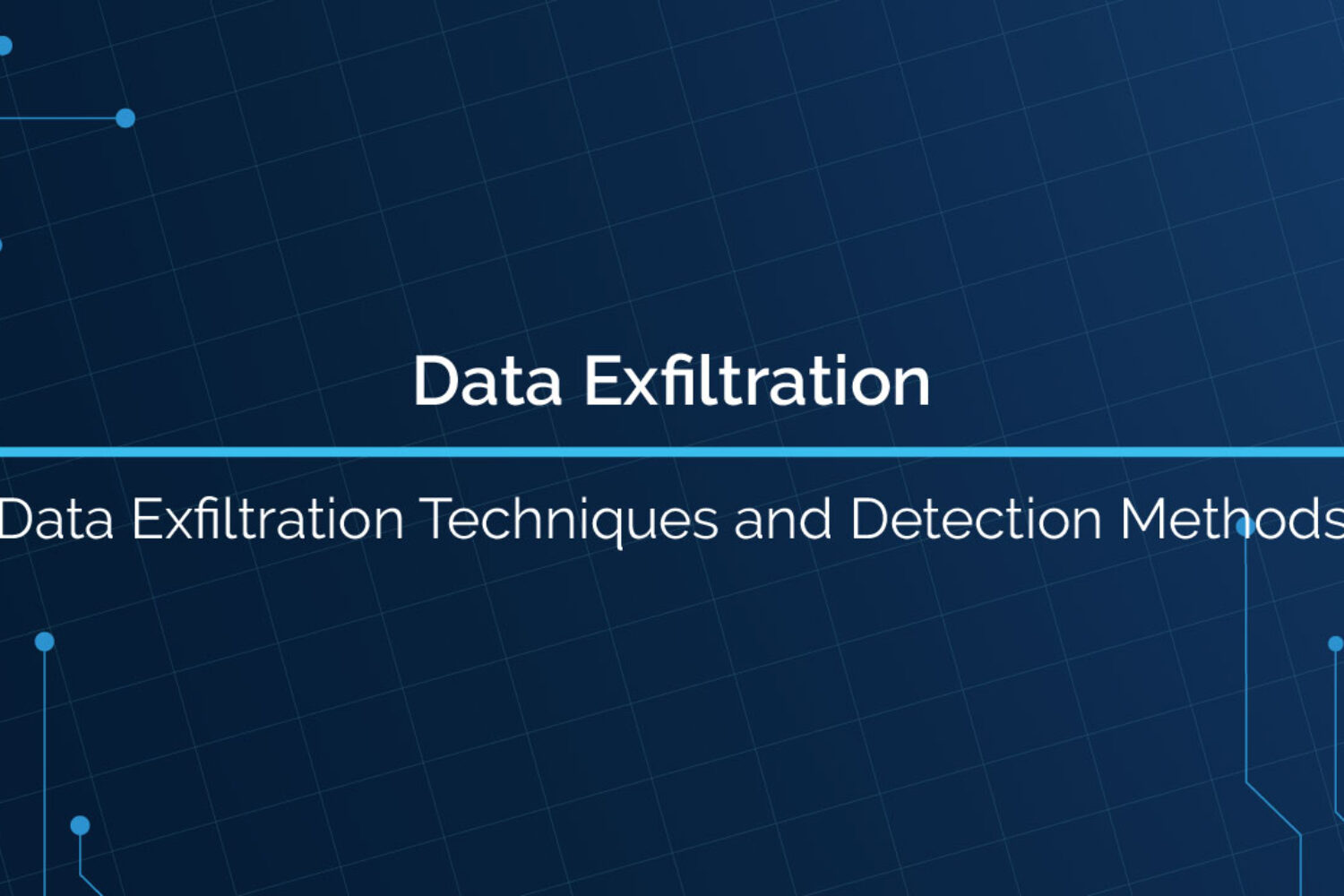 Data exfiltration is the unauthorised transfer of critical and sensitive data and/or information from a targeted network to the cyber pests’ hideouts. Detecting data exfiltration is a difficult task because data flows in and out of networks on a regular basis, and this nefarious technique closely resembles normal network traffic.

To exfiltrate data, attackers typically use a Command & Control (C&C) channel, which is similar to a client-server architecture and allows threat actors and compromised hosts to communicate remotely (s). Because C&C can have a legitimate use, it cannot be dismissed solely because of the potential for malicious use.

The signature-based data exfiltration detection method detects malicious C&C channels by looking for known signature patterns. Signatures are created by developers based on known malware samples, and new network traffic is compared to these signatures to detect attacks. If signatures match new network traffic, it is classified as C&C traffic. This approach, however, is not foolproof because it is not possible to create signatures or policies to detect anomalous data-exfiltration events. Because current attack detection solutions are based primarily on signature detection and policy violation detection models, they lack the ability to detect data exfiltration.

Data exfiltration occurs between hosts in a network. Data transfer from hosts can occur either outside or within the network. Massive amounts of data are transferred from infected hosts in both cases. On most hosts, the incoming data outnumbers the outgoing data. However, data transfer is dependent on host behavior. Desktop hosts, for example, do not transmit more data outside the network, whereas this is not the case with servers such as web or FTP. Thus by monitoring the firewall logs, if the outbound traffic spikes a higher load of data transfer an anomaly gets detected.

At HawkEye we use trend-based, signature-based and most efficiently Machine learning-based anomaly detection to detect and respond to data exfiltration threats.
More than often data exfiltration uses zero-day threats and it’s hard to detect zero-days based attacks on heuristic detection methods on a SIEM solution.
The machine learning model detects what is out of the norm regardless of the standard and corrects itself with experience. This is where machine learning provides an added value compared to traditional detection methods.

We developed an ML model which detects the user behaviour pattern and any anomalous behaviour compared to the normal behaviour will give an alert. For training our model we have used the organization’s metadata which shows the normal behaviour, and the ML model learns that pattern. This kind of learning is called unsupervised since it is very hard to categorize it as legitimate or illegitimate to do supervised learning. In unsupervised learning, it creates a mathematical representation among the data features themselves. After continuous model training, we are able to implement a successful model with very good accuracy.