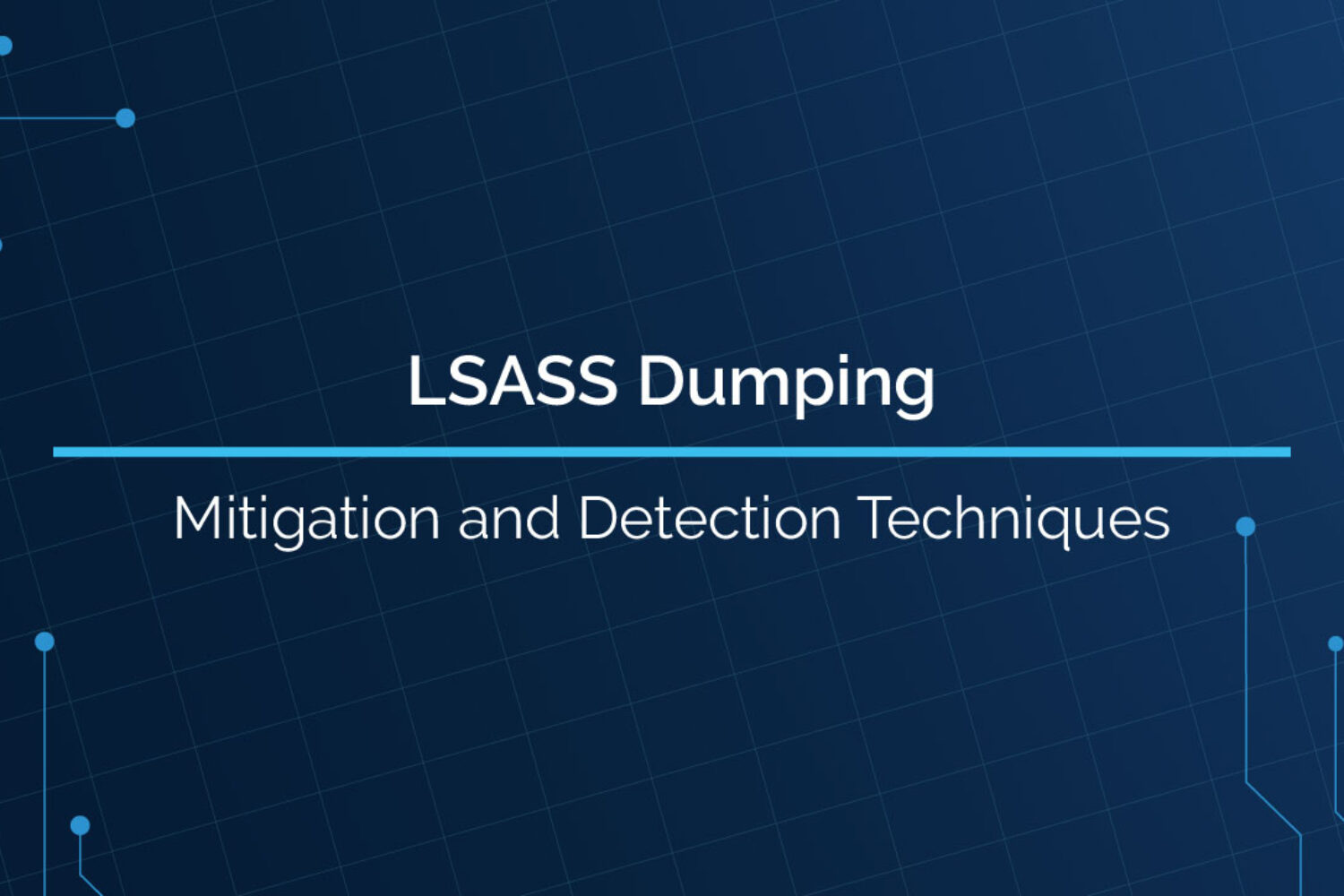 It stores multiple forms of hashed passwords and even stores plaintext user passwords in some instances. LSASS is a fruitful target for adversaries because it contains valuable data like encrypted passwords, NT hashes, LM hashes, and Kerberos tickets which can be used for privilege escalation, data theft, and lateral movement

Adversaries may attempt to access credential material stored in the process memory of the Local Security Authority Subsystem Service (LSASS). The system generates and stores a variety of credential materials in LSASS process memory after a user logs on successfully. By default, LSASS stores credentials associated with logon sessions since the last restart, which have not been closed (logged off). This means that once a user is logged off, LSASS may clear the credentials after a certain period of time, which varies by the operating system and security settings. As well as in-memory techniques, the LSASS process memory can be dumped from the target host and analyzed on a local system. LSASS dumping can be done broadly by two techniques native processes and custom adversary tools.

Now that we have covered ways to process LSASS memory dump files, here are some ways to actually create those dump files from Windows machines.

Task manager is a very reliable option as Windows Defender does not alert on this by default. The downside to this method is it does not scale well and is relatively slow. Task Manager is capable of dumping arbitrary process memory if executed under a privileged user account. It’s as simple as right-clicking on the LSASS process and hitting “Create Dump File.” as shown in fig below.

Procdump is a Windows SysInternals tool that can be used to create memory dumps of processes. Just like task manager this method is also slow and doesn’t scale too well and above that adversary will need to install procdump in the target machine. The procdump command for creating a memory dump of LSASS is:

Crackmapexec is an excellent tool to remotely perform a dump of LSASS. It scales really well as an adversary can simply point and shoot at a whole subnet or list of IP addresses with credentials that have local admin access. The command for creating a memory dump of LSASS on a remote machine is:

Mimikatz is the best-known way of dumping LSASS. It has the ability to access LSASS credential material, Kerberos tickets, create tokens, pass-the-hash, and more. This toolset is open-source and can readily be downloaded from the GitHub repository. Mimikatz requires local administrator rights to the host on which it will be used. This is because it has to assume “Debug” privileges as it uses Windows debugging functionality to access the LSASS memory space. 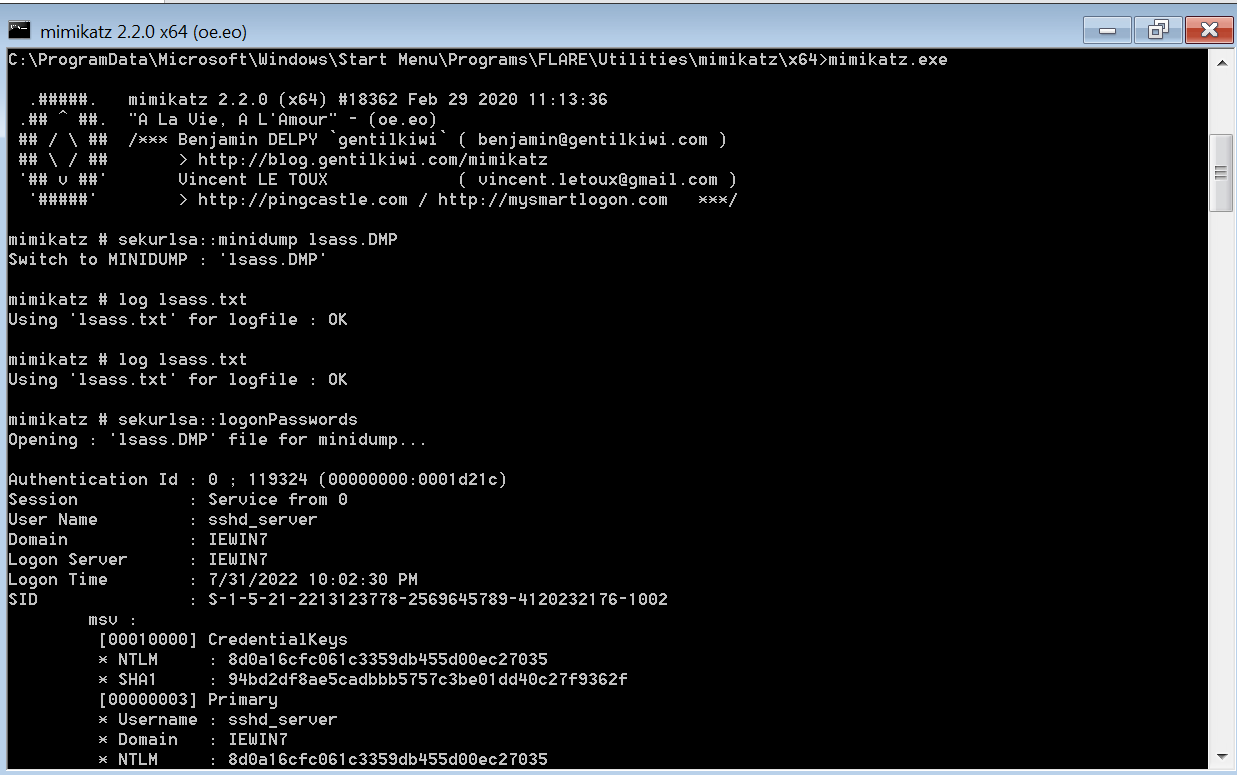 As seen in the figure above, Mimikatz will attempt to pull credential material from multiple sources, including MSV, TSPKG, WDIGEST, KERBEROS, SSP, and CREDMAN.

Lsassy (7) is an interesting tool that uses a combination of the above methods to remotely dump LSASS. The default command attempts to use the comsvcs.dll method to dump LSASS via WMI or a remote scheduled task. The command for creating a memory dump of LSASS using LSASSY is: