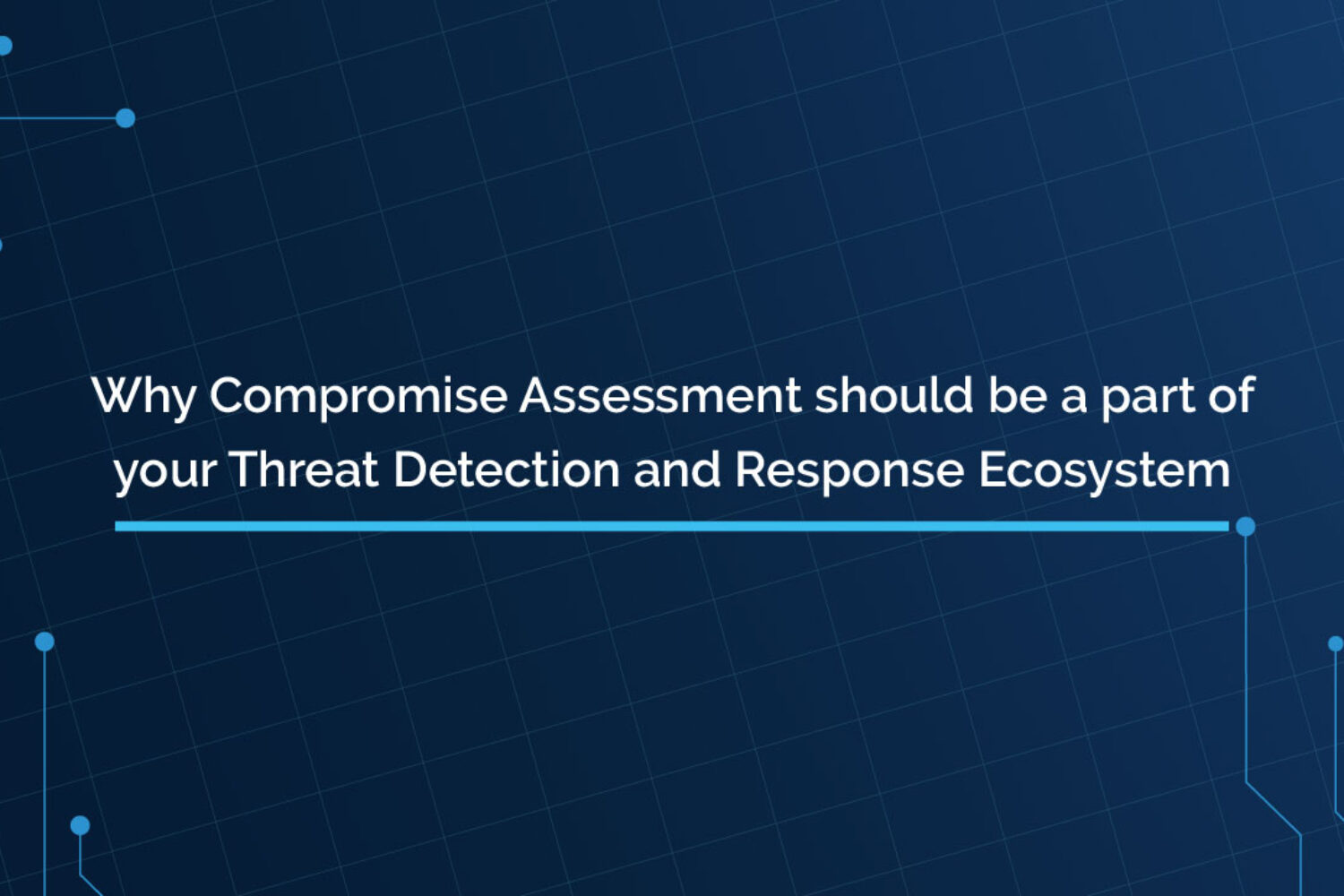 A typical compromise assessment plan uses specialized software and scripts combined with forensic data to find compromises or problems that were not previously discovered. It is frequently used to find security holes and detect all known malware types as well as remote access tools.

A compromise assessment is a thorough examination of a network and its components to find malware, unidentified security vulnerabilities, and indications of unwanted access. More specifically, the evaluation looks for attackers who are present or have recently been active in the environment. Such an evaluation is frequently carried out following a security incident to estimate the likelihood of any potential future cyber incidents and to confirm whether the company is now secure.

A typical compromise assessment plan uses specialized software and scripts combined with forensic data to find compromises or problems that were not previously discovered. It is frequently used to find security holes and detect all known malware types as well as remote access tools. The ultimate objective is to perform a thorough forensic investigation and assist in creating an appropriate incident response plan.

Cyber adversaries are sweeping the globe like a hurricane, and advanced threat actors are developing into more cunning and persistent threats. In order to create effective controls, it is crucial to identify the shortcomings. Breach detection durations can range from months to possibly years.

Finding and prioritizing vulnerabilities, such as incorrect setups or unpatched services, is the main goal of pen-testing and vulnerability assessments. Both of these services cannot notify you if hackers have already set up a command and control server with multiple access points after they leveraged those vulnerabilities, despite the fact that fixing these vulnerabilities is essential and can stop future attacks. Hence, by including a routine compromise assessment (CA) in your risk mitigation approach, you can be sure that your company has at least a workable road map for eliminating system vulnerabilities and identifying with certainty that no threats have managed to get past your defenses.

Difference between Vulnerability and Compromise Assessment

Use Cases of Compromise Assessment

There are various reasons why you could need an assessment. The two most frequent ones are when a company in your field has been compromised and you are concerned about your own environment or when the board wants to know if they have been penetrated.

Advanced threat groups frequently use the same strategies to target numerous businesses across various industries. As a result, learning about other attacks, even those from unrelated industries, frequently prompts firms to investigate whether they are also targets.